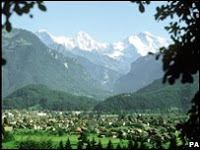 wikileaks.org taken offline in US

from bbc: A controversial website that allows whistle-blowers to anonymously post government and corporate documents has been taken offline in the US. Wikileaks.org, as it is known, was cut off from the internet following a California court ruling, the site says. The case was brought by a Swiss bank after "several hundred" documents were posted about its offshore activities.
update: wikileaks whistleblowing site won't close

cia set up 12 bogus companies after 9/11
from afp: Following the September 11, 2001, attacks, the US Central Intelligence Agency set up 12 bogus companies in Europe and other parts of the world in the hope of penetrating Islamic organizations, The Los Angeles Times reported on its website late Saturday. But citing current and former CIA officials, the newspaper said the agency had now shut down all but two of them after concluding they were ill-conceived.

woman falls to her death from UN building

from ap: A woman who worked for the United Nations died Sunday after falling from the 19th floor of the U.N.'s Secretariat Building, authorities said. Police and U.N. security officers at the scene, who spoke on condition of anonymity because they were not authorized to talk to the media, said the 45-year-old woman had jumped from a window after showing up to work early in the morning. "A U.N. agency staff member died after falling from the 19th floor of the U.N. Secretariat Building," U.N. deputy spokeswoman Marie Okabe said. "At this time there is no suspicion of foul play." Okabe said U.N. officials would not confirm her identity even after her next of kin were notified. The official cause of death was to be determined by the medical examiner.

russian tv: US trafficking drugs from afghanistan
from sott: Russian state-controlled Channel One TV has broadcast a report containing allegations that US forces are involved in drug-trafficking from Afghanistan to Europe. It also highlighted the problem of drug abuse in the British army. The channel's weekly news roundup "Voskresnoye Vremya" on 10 February noted that, according to the UN, the amount of opium being produced in Afghanistan has more than doubled since the coalition troops entered the country.