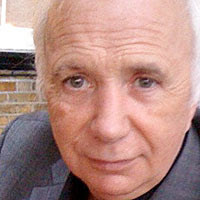 from thisisbristol.co.uk: A man who calls himself the King of all Witches wants to open an occult centre in Bristol. Magus Lynius Shadee says he is in the final stages of securing a venue in Park Row for his centre. The 66-year-old wants it to be the start of a franchise, and making an unusual comparison he told the Evening Post: "It will be a bit like McDonalds, but we encourage vegetarianism." Mr Shadee, who divides his time between homes in France and London, calls himself a practising occultist. He says his centre will offer services including ritual work, witchcraft and exorcisms. He would not reveal the exact location of the centre, but says he has found a site in Park Row which will be good because of its proximity to the university's buildings. He said: "Hopefully the Bristol centre will bud the seed of franchised occult centres across the country." Mr Shadee, who has previously tried to open a centre in Cambridge and also tried to stand to become the city's next MP, said that his centre would be different to pagan centres because it would be "much more heavily involved". He said: "We don't preach, we prove. For instance, if sceptics out there wanted to see a materialisation – a ghost – we would go and show them that. It is all about channeling nature's energy. We believe in life after death, that the body dies but the soul and mind continue."