The Worst Yet to Come From Fukushima? 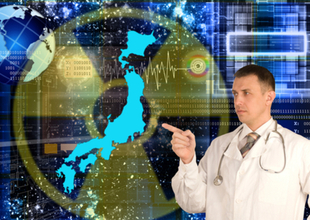 Are politicians finally alert to real Fukushima threat?  Or, is it just posturing and a little CYA?  It’s been a year since the open maw of Fukushima began leaking a steady stream of radiation into the atmosphere.  A recent Alternet aritcle reports, “alarmed by the precarious nature of spent fuel storage during his recent
tour of the Fukushima Daiichi site, Sen. Ron Wyden, D-Oregon,
subsequently fired off letters
to Secretary of State Hillary Clinton, Secretary of Energy Steven Chu,
NRC Chairman Gregory Jaczko and Japanese ambassador to the U.S. Ichiro
Fujisaki. He implored all parties to work together and with the
international community to address this situation as swiftly as
possible.” This should have been the reaction, over a year ago!  You can’t helped but take cynical view and just shoot back” “No S–t Sherlock, Where You Been?”

One response to “The Worst Yet to Come From Fukushima?”