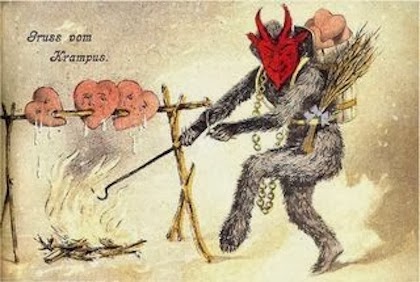 Zen Gardner distills much longer Christian article on pagan roots of St. Valentine’s Day.  Holiday appears another example of making Christianity amenable to pagan worshipers. “Like Christmas, Easter, Halloween, New Year’s and other holidays of this world, St. Valentine’s Day is another attempt to ‘whitewash’ perverted customs and observances of pagan gods and idols by ‘Christianizing’ them,” begins article.  St. Valentine’s Day connected to two earlier holidays, according to article, “as innocent and harmless as St. Valentine’s Day may appear, its traditions and customs originate from two of the most sexually perverted pagan festivals of ancient history: Lupercalia and the feast day of Juno Februata.”

Lurpercalia was known as a festival of sexual license, “… celebrated on February 15,.. was held by the ancient Romans in honor of Lupercus, god of fertility and husbandry, protector of herds and crops, and a mighty hunter—especially of wolves. The Romans believed that Lupercus would protect Rome from roving bands of wolves, which devoured livestock and people.”

Juno Februata was another custom celebrated in Roman Empire for centuries: “To the Romans, February was also sacred to Juno Februata, the goddess of febris (“fever”) of love, and of women and marriage. On February 14, billets (small pieces of paper, each of which had the name of a teen-aged girl written on it) were put into a container. Teen-aged boys would then choose one billet at random. The boy and the girl whose name was drawn would become a “couple,” joining in erotic games at feasts and parties celebrated throughout Rome. After the festival, they would remain sexual partners for the rest of the year.”

You can read in depth from original article, “The Truth Behind St. Valentine’s Day.” “But who was the original Valentine? What does the name Valentine mean? Valentine comes from the Latin Valentinus, which derives from valens—’to be strong, powerful, mighty’….Nimrod is the strong man and hunter-warrior god of the ancients.” Nimrod was the original Valentine: “The title Baal means ‘lord’ or ‘master,’ and is mentioned throughout the Bible as the god of pagans. God warned His people not to worship or even tolerate the ways of Baal (Nimrod). In ancient Chaldean (the language of the Babylonians), bal, which is similar to Baal, meant, ‘heart.’ This is where the Valentine heart symbol originated.”