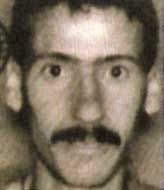 15yrs ago: fbi had foreknowledge of 1st wtc attack

"After the bombing, Salem claimed that the FBI knew about the bombing plot, and agreed to foil it by supplying fake explosives to him. Salem taped his telephone conversations with FBI agents."

from iht: Fifteen years after the 1993 World Trade Center bombing, a Palestinian sentenced to more than 100 years in prison in the attack claims that a vengeful U.S. government has blocked him from appealing to the U.S. Supreme Court. Ahmad Mohammed Ajaj, who remains in extreme isolation in the most secure U.S. prison, filed a lawsuit last year in U.S. District Court in Manhattan against more than a dozen judges, federal court employees, Bureau of Prisons officials and his former defense lawyer Maranda Fritz.

update: a disaster relegated to 2nd place by 9/11

from nytimes: Had 9/11 not happened, 2/26 would have been the worst day of terrorism in New York’s modern history. And the 15th anniversary on Tuesday might have compelled the city to slow down a moment, to reflect on how miraculous it was that the World Trade Center survived the 1,500-pound bomb planted at its base, yet how dreadful it was that six people died and hundreds more were injured. But that was not how history played out.