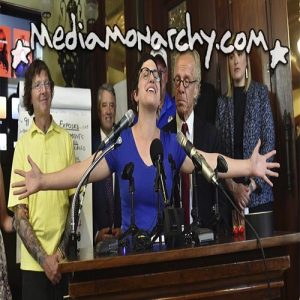 Hit-and-run down, jetset Jesus and suicide by scarf + this day in history w/Operation Opera and our song of the day by Kanye West on your Morning Monarchy for June 7, 2018.

Downtown Portland became something of a war zone yesterday afternoon when left- and right-wing mobs clashed in the streets.
https://twitter.com/reason/status/1003800570468098049

High-profile forensic psychiatrist, who raised suspicions about JonBenet Ramsey's family during her murder investigation, is shot dead outside his office
https://twitter.com/XEyezWideOpenX/status/1003522077960364033

An Arizona man killed six people, including a psychiatrist and two paralegals tied to his 2010 divorce case, before shooting himself, police and documents say.
https://twitter.com/APWestRegion/status/1003797317114322944

Man suspected in four fatal shootings in Scottsdale and Phoenix, Arizona, is dead after apparently shooting himself while surrounded by police
https://twitter.com/lanbarit/status/1003683630349258753

#HolyHexes Classic: On a class trip to Washington DC, #JeffreyDahmer called the White House and managed to convince officials to allow him and two other students into the vice president’s office. They got to meet Walter Mondale and columnist Art Buchwald.
https://twitter.com/mediamonarchy/status/1003755342575095813

Adrian Lamo's cause of death remains a mystery — the coroner's office doesn't know why the hacker who turned in Chelsea Manning died at age 37
https://twitter.com/headisajar/status/1004505461406752770

New @ESPN Anchor Told Conservative Commentator She Should Have Been Aborted; @KeithOlbermann, recently hired by a @Disney subsidiary to cover sports, once said @SECupp showed, "the necessity of the work #PlannedParenthood/@PPact does."
https://twitter.com/mediamonarchy/status/1004101025492451329

Poll: African-Americans Most Likely to Identify as ‘Born-Again or Evangelical’
https://twitter.com/mediamonarchy/status/1004039706659708928

UN did not name NGOs implicated in refugee sexual abuse dossier to protect child witnesses: Human rights office says it wrote to each organisation and followed up to check action was being taken
https://twitter.com/Oni_no_Hanzo/status/1001774013423628288

Allison Mack Admits It Was Her Idea To Brand Women Who Were Slaves in NXIVM Cult
https://twitter.com/RickAlanRoss/status/1002201381506297856

NOFX thought it would be "hilarious" to joke about the October 1 shootings while on stage in Las Vegas. They said "at least they were country fans and not punk rock fans".
https://twitter.com/DaveAndMahoney/status/1001849361507106816