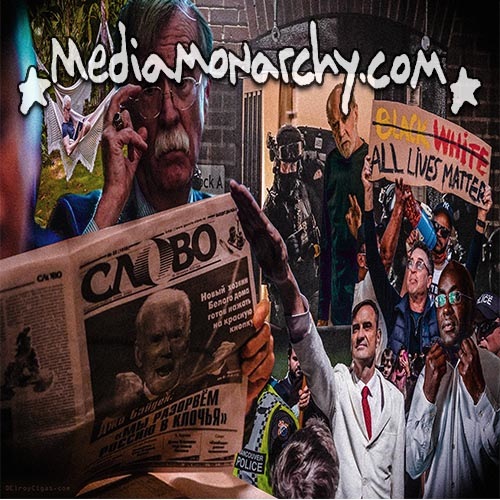 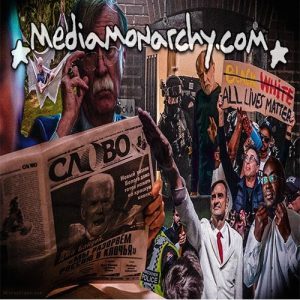 Officer Biden, psy-ops machinery and blue helmets + this day in history w/the death of Saint Carlin and our song of the day by Sloan on your Morning Monarchy for June 22, 2020.

My two fave “political” records—both 30+ years old, both alarmingly relevant today and both punk as f**k—are the Dead Kennedys' 'Fresh Fruit for Rotting Vegetables' and Public Enemy’s 'Fear of A Black Planet.'
https://twitter.com/BSHQ/status/1274137904722391042

"Looks to me like conspiracy theories are very rapidly surfacing as conspiracy facts."
https://twitter.com/BigBoi/status/1274114754026647552

The statue of Francis Scott Key, who is known for writing "The Star-Spangled Banner" but was a slave owner, was toppled by protesters in San Francisco during demonstrations against racial injustice.
https://twitter.com/CourageSower/status/1274403370665533440

Have y’all looked into @KRQE’s Zachary Pearl as being the one who started, and then deleted, the petition against the Kimo’s evil symbols? Funny how they deleted all their articles about it, too
https://twitter.com/mediamonarchy/status/1274751999377113089

This story was entirely fabricated by Zach Pearl, assistant news director at KRQE. It's a pathetic attempt to make people think ignorant protesters are over reacting to everything. They've actually deleted the story itself. Please contact them about this.
https://twitter.com/Bobby51178796/status/1273273497926512642

NBC News Reporter Thanks Foreign Groups for ‘Collaboration‘ in Pushing Google to ‘Defund‘ The Federalist
https://twitter.com/boogiefinger/status/1273012457657765893

NBC colludes with UK thought police to get ZeroHedge & Federalist deplatformed from Google Ads, smear them as ‘far-right’
https://twitter.com/SpartaGrrl/status/1273110110563377155

But from what I hear, they apologize the whole time you are being lynched: Canada Among Very Worst White Supremacist Countries
https://twitter.com/farmingganja/status/1274397479170015232

Donetsk film’s planned interference in the US Presidential Election
https://twitter.com/OffGuardian0/status/1274146284111265794

Obama marks #Juneteenth: "A celebration of progress": The man who bombed Libya back to the Stone Age, turning the country with the highest Human Development Index in all of Africa into a failed state where Africans are being sold in open air slave markets, wants to lecture us today about “progress”.
https://twitter.com/sahouraxo/status/1274097044571992066

Pastor Pence says: "Every Life Is Precious" - except for the ones that his administration is ruining and ending in Syria, Afghanistan, Yemen, Somalia, Libya, Iran and Venezuela.
https://twitter.com/ShawnCathcart/status/1274186591490236416

Germany is using accusations of anti-Semitism to protect Israel from criticism and stifle discussions about colonialism
https://twitter.com/AJEnglish/status/1274144984044834817

Police in The Hague stand down for a BLM protest on Saturday and then respond with extreme violence to a protest against Coronavirus restrictions on Sunday.
https://twitter.com/ShawnCathcart/status/1274794732271607810

Innovative South Australian businesses that have adapted to the COVID-19 pandemic are invited to apply for the SA Health COVIDSafe Awards. A winner from six different categories will be awarded $5,000. Applications will close on 5 July 2020.
https://twitter.com/SAHealth/status/1270649417616576512

The latest political cartoon by the mighty Ben Garrison: The Real Looters
https://twitter.com/ShawnCathcart/status/1273051364747247617

One person is dead and another critically injured after a shooting in Seattle's CHO
https://twitter.com/NOTDumPhuk/status/1274670855386288128