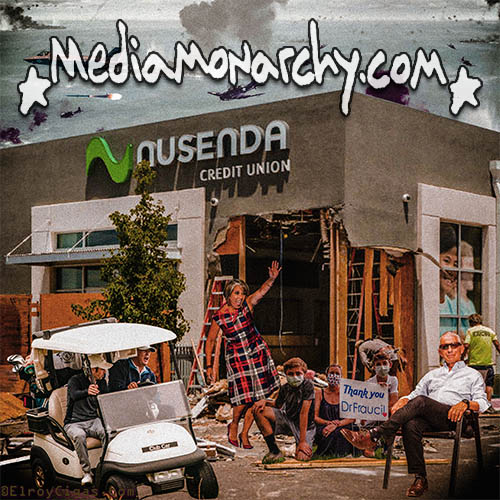 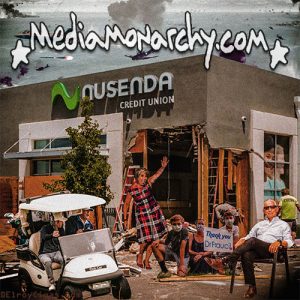 QAnon lizard people, overturned bans and damage controlled + this day in history w/the end of the Battle of Midway and our song of the day by Angry North and Boris' Bitches on your #MorningMonarchy for June 7, 2021.

Comedian could face prosecution for hitting a golf ball in Yellowstone
https://apple.news/AFdUIDluiQu28i24w3hTFeQ

Image: Thieves stole a forklift from Costco used it to to crash into Nusenda Credit Union and break into an ATM. Suspects are still at large. (Burquenos: Eubank) #Albuquerque
https://twitter.com/barbarawaxer/status/1400588113773092866

Trump is telling people he thinks he'll be 'reinstated'
https://archive.is/klTds

The ‘Woke’ are waking up. BLM’s critics in the black community are becoming more numerous as the grift is exposed
https://www.rt.com/op-ed/525286-black-lives-matter-taylor-rice/

Black mothers of police shooting victims accuse BLM of profiting from their ‘loved ones’
https://www.foxnews.com/us/black-mothers-of-police-shooting-victims-accuse-departing-blm-of-profiting-from-their-loved-ones

Unrest Erupts in Minneapolis Amid Protests Over Police-Involved Shooting
https://archive.is/htE5Z

The EU is planning to launch a new bloc-wide digital wallet
https://www.euronews.com/2021/06/02/the-eu-is-set-to-unveil-plans-for-a-bloc-wide-digital-wallet-for-ids-payments-and-password

More bullcrap via ZeroHedge. Mystery Chinese defector that has suddenly surfaced knows all about Chinese bioweapons? Of course the original report has no named source.
https://www.zerohedge.com/covid-19/high-ranking-chinese-defector-reportedly-working-dia-has-direct-knowledge-chinas

MSNBC’s @NicolleDWallace scores the first interview w/ Fauci since his emails were made public and uses it to say: “The true mark of someone is if they look good even when their personal emails come out, so you pass the test very few of us would pass." (Audio)
https://twitter.com/tomselliott/status/1400210938305912837