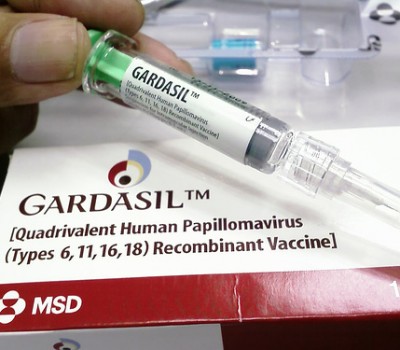 from realfarmacy.com: Naomi Snell, a 28-year-old woman in Melbourne, Australia, is leading a
class-action civil lawsuit against drug maker Merck after suffering
autoimmune and neurological complications following injections with the
HPV vaccine, Gardasil.


After receiving the first of three doses of the vaccine, Naomi
suffered convulsions, severe back and neck pain, and lost her ability to
walk.

Doctors actually diagnosed her with multiple sclerosis, which was
later retracted and labeled a neurological reaction to the vaccine.


Seven other women, who say they have suffered various physical
problems, including anaphylaxis and miscarriage, after receiving
Gardasil may also join the civil lawsuit, and this is likely only the
beginning, as Gardasil is being implicated in a growing number of
serious, permanent and sometimes deadly adverse reactions.


Unfortunately, stories like Naomi’s are all too common in relation to Gardasil.

The documents obtained from the U.S. Food and Drug Administration (FDA)
under the provisions of the Freedom of Information Act (FOIA) detail 26
new deaths reported to the government following HPV vaccination between
September 1, 2010 and September 15, 2011. That’s 26 reported deaths of
young, previously healthy, girls after Gardasil vaccination in just one
year.

Between May 2009 and September 2010, 16 deaths after Gardasil
vaccination were reported. For that time frame, there were also 789
reports of “serious” Gardasil adverse reactions, including 213 cases of
permanent disability and 25 diagnosed cases of Guillain Barre Syndrome, Judicial Watch reported.