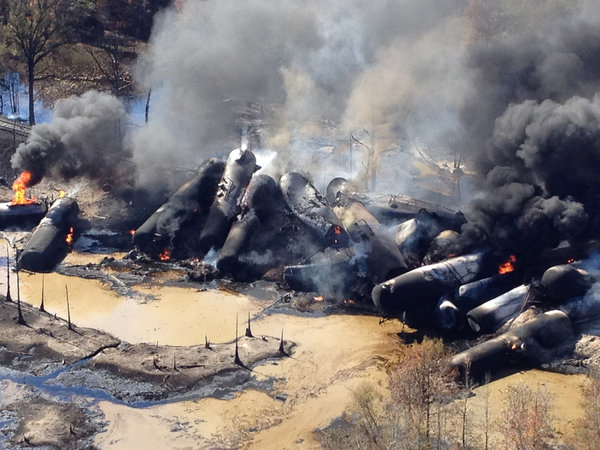 from commondreams.org: A train carrying 2.7 million gallons of crude oil derailed near Aliceville in rural Alabama on Friday in a fiery explosion that green groups say illustrates the danger of fossil fuels.

The accident, the cause of which is unknown, appears to be the most severe of its kind within the United States since transportation of crude oil by train increased three years ago with the U.S. fracking boom, Reuters reports.

Bill Jasper, president of the rail company Genesee & Wyoming, said each of the train's 90 cars was carrying 30,000 gallons of crude oil when approximately 25 cars and two locomotives derailed. The crash and explosion shot 300-foot flames into the sky, Reuters reports. No immediate injuries were reported, but the company still does not know how much oil has been spilled or what the long-term effects will be.