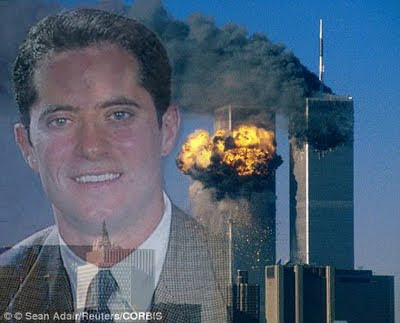 from allgov: In the 10 years since the September 11, 2001, terrorist attacks, thousands of survivors have settled their lawsuits against the airlines and other parties, and collected awards totaling billions of dollars. But one family has held out so it can have its day in court, and that time is finally approaching.

The plaintiff is the mother of Mark Bavis, one of the passengers aboard United Airlines Flight 175, the second plane to strike the World Trade Center. She is suing United and Huntleigh USA, the security company that screened passengers at Logan International in Boston, where the flight originated.

Bavis’ family contends that he and the other passengers would not have died had United and Huntleigh done their jobs and thus thwarted the hijackers who flew the airliner into the South Tower.

They blame United for ignoring government warnings about terrorist threats and Huntleigh for inadequate screening of passengers.

Her attorneys intend to portray the last minutes of the flight as sheer terror, based on phone calls made by other passengers. In a pretrial motion United’s legal team tried to keep Bavis from pursuing pain-and-suffering damages for the last moments of her son’s life. But a federal judge, Alvin Hellerstein, ruled this week that he is inclined to allow the trial’s jury to formulate an amount for such damages.

The wrongful-death case is expected to go to trial in November.