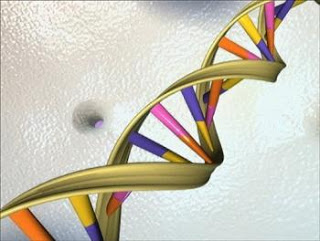 govt claims it has dna of alleged 9/11 hijackers

from kurt nimmo: “Forensic investigators have recovered the charred remains of most of the 9/11 hijackers — to honor a pledge that they would never be buried with the victims,” reports the Daily Express. “Flesh or bone from 13 of the 19 Al Qaeda terrorists who flew passenger jets into the Twin Towers in New York and the Pentagon in Washington have now been identified.”

If we are to believe this report, the FBI spent millions and employed “the brilliant skills of forensic scientists” to ID the remains of the alleged terrorists. I say alleged because there is plenty of evidence many of the supposed hijackers are still alive. Abdul Aziz Al-Omari, Saeed Al-Ghamdi, Waleed Al-Shehri, Ahmed Al-Nami, Salem Al-Hazmi, Khalid Al-Mihdhar, Ameer Bukhari, Adnan Bukhari, Amer Kamfar — these are “terrorists” variously reported to still be alive, with the exception of Ameer Bukhari, who died in a small airplane crash before September 11, 2001.

Moreover, there is no solid evidence the alleged hijackers were on the fatal flights. For years, 9/11 researchers not only claimed that the names of the putative terrorists did not appear on the flight manifests, but no Arab names appeared on the lists. In fact, as NowPublic notes, “the U.S. Government withheld the actual passenger lists for years” and the “lists are not passenger manifests, but lists of victims… By not releasing these documents, the U.S. Government actually encouraged speculation that the hijackers names did not show up on the passenger lists.”

“In the most intense crime scene investigation in history, scientists sifted through a mountain of concrete dust, buckled iron and shattered glass to find what was left of the terrorists,” Stuart Winter writes for the Daily Express.

And yet more than a thousand people who died on September 11, 2001, have yet to be identified. “No trace has been identified of 1,151 of the 2,749 people who died at the Trade Center,” USA Today reported on April 20, 2006. “In February 2005, the medical examiner’s office announced that attempts to identify remains had exhausted current DNA-matching technology.”

Apparently, the FBI has some sort of super-duper DNA technology reserved for identifying terrorists.

from cnn: The national archives on Wednesday released records from the 9/11 commission, the bipartisan panel established by Congress in 2002 to asses the circumstances leading up to the September 11, 2001 terrorist attacks. According to the Archives, more than 150 cubic feet of records have been released that include information on terrorists, past terrorist events, al Qaeda, and other related subjects. The records are scheduled to be available on the Archive's Web site after 9 a.m. ET on Wednesday. 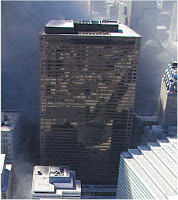 from paul joseph watson: Another video from 9/11 has been uncovered which proves that the collapse of WTC 7 was anticipated beforehand, despite that fact that the event was unprecedented - no steel framed building had completely collapsed from fire damage alone in previous history. A widely publicized aspect of the collapse of Building 7 is the fact that news organizations received foreknowledge that it was coming down well in advance of its eventual collapse. Indeed, both BBC and CNN reported that the structure had collapsed nearly 30 minutes before it actually fell. In the following clip, Fox News correspondent David Lee Miller states, “We are told by one firefighter source that a building identified as trade center number 7 is in danger of collapse, we are told that engineers have gotten as close as they can to the building and that this building is on fire and there is a chance that this building could give way and we are told that if it does they expect that it would collapse in a southerly direction.”

'rescue me' character believes 9/11 was an inside job...
and so does the actor playing him
from tv barn: Boy, did I open a can of worms today at the press conference for "Rescue Me," the great Denis Leary comedy. It's back (soon) for a fifth season, and in watching the second episode I noticed the show drifting back to the 9/11 memories theme it explored at length in the first season. So I grabbed a microphone and pursued that questioning with the producers, and I asked a couple of the actors to chime in as well. One person I asked was Daniel Sunjata, who plays Franco on "Rescue Me." I asked him because there is this fascinating, where-did-THIS-come-from scene in the second episode. A French journalist is interviewing firemen who were at Ground Zero on 9/11 for a new 10th-anniversary commemorative coffee table book. First, watch what Sunjata's character says.

I would call this high-end conspiracy theory-mongering, the type that many people might say, "Hm. Well, I don't agree, but you raise some very interesting points there."