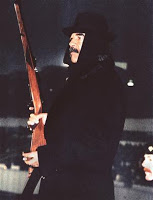 jesse ventura joins the 9/11 truth movement
from 9/11 blogger: Jesse Ventura tells Alex Jones that he could kick himself for believing the official 9/11 story at first and wishes he would have raised more questions, questions that still haven't been answered to his satisfaction.

update: the ap picks up the story!

from newsweek: Perhaps most revealing of all was a tape of Saddam's conversations with his ministers after the World Trade Center bombing in February 1993 - a plot linked to a group of Islamic radicals, one of whom, Abdul Rahman Yasin, was an Iraqi-American who fled to Baghdad after the attack... But the newly discovered tape shows that Saddam and his ministers were puzzled by the bombing and wondered whether the "Zionists" or U.S. intelligence were secretly behind it.

mukasey hints US had attack warning before 9/11

from paul joseph watson: During a speech at the Commonwealth Club in San Francisco on Thursday, Attorney General Michael Mukasey tacitly admitted that the U.S. government intercepted a call about 9/11 - before 9/11. Before the 2001 terrorist attacks, he said, "we knew that there had been a call from someplace that was known to be a safe house in Afghanistan and we knew that it came to the United States. We didn't know precisely where it went," reports the San Francisco Chronicle. 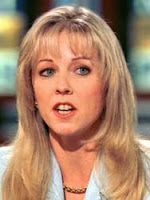 from david ray griffin: Late in the day on 9/11, CNN put out a story that began: “Barbara Olson, a conservative commentator and attorney, alerted her husband, Solicitor General Ted Olson, that the plane she was on was being hijacked Tuesday morning, Ted Olson told CNN.” ... Ted Olson’s report was... the sole source of the widely accepted idea that the hijackers had box cutters. However, although Ted Olson’s report of phone calls from his wife has been a central pillar of the official account of 9/11, this report has been completely undermined.

specter confirms able danger & anthrax coverups
from 9/11 blogger: Questions posed by members of Philly 9/11 Truth to Senator Arlen Specter about the pre-9/11 military intelligence program Able Danger and the post-9/11 anthrax attacks were responded to with a fair degree of candidacy.