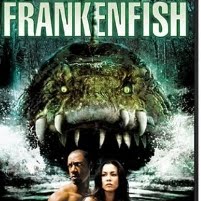 from newsminer: U.S. Sen. Lisa Murkowski plans to offer an amendment that would ban genetically modified fish. Murkowski's office says the issue of so-called "frankenfish" came up during a Senate Appropriations Committee hearing Wednesday. Murkowski urged the committee to impose a ban on genetically modified fish when the U.S. Food and Drug Administration's budget came up. But her office says she agreed, after discussions with Democrats on the committee, to wait to push a ban until an agriculture-related appropriations bill went to the Senate floor. Her spokesman says Murkowski plans to do that in the form of an amendment. Alaska's congressional delegation has been pushing for a ban, seeing genetically modified fish as a potential harm to wild fish - and particularly salmon - populations.