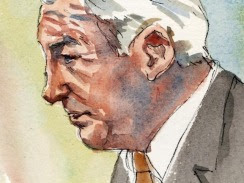 from cnn.com: The man whose accusations of sexual abuse helped trigger a criminal investigation, upending the storied Penn State football program, said Tuesday that he stayed at Jerry Sandusky's house more than 100 times as a boy, where the former assistant football coach repeatedly sexually abused him. Now 18, the man identified as "Victim No.1," said he grew up without a father, living with his mom and siblings, and had met Sandusky at Second Mile, a foundation the former coach founded for needy children... The man's emotion-filled descriptions kicked off the second day of testimony in the high-profile case... He is one of 10 boys who, prosecutors say, were sexually abused by the Nittany Lions' longtime defensive coordinator over a span of 15 years. Sandusky's trial on 52 charges is expected to continue for about three weeks.