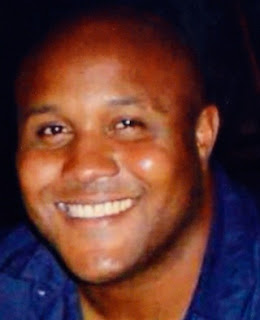 Preston James provides closest examination of Chris Dorner case yet, in article, "The First American Kamikaze?" Anomalies have mounted in incident with multiple driver's licenses showing up, one surviving an inferno a la 9-11 style. Two manifestos made it online with later one modified in way that raises suspicions. The people who encountered Dorner and released, provide different impression of him rather than ruthless killer or even American Kamikaze? James edges closer to reality of Dorner's case when he writes:

"A DETAILED EXAMINATION OF WHAT EVIDENCE IS AVAILABLE SUGGESTS THAT THE CHRIS DORNER AFFAIR IS A SOPHISTICATED FALSE FLAG THAT HAS BEEN CAREFULLY MANAGED FROM THE GET-GO BY AN UNIDENTIFIED INTEL AGENCY...Yes, some researchers and investigative journalists are looking at the Christopher Dorner affair as yet another false flag staged covert operation in a long chain of such preplanned operations, all designed to fit together as a part of a continuing process to transform and globalize America by creating major societal changes that would otherwise NEVER be accepted."

A critical event in Dorner's life appears to be his release from military: "Dorner was honorably discharged from the USN Reserve on Friday, February 1, 2013. Monica Quan and her fiance police Officer Keith Lawrence were murdered on Sunday, February 3, 2013 which propelled Dorner to the lead national story of network headline news and served to start the massive manhunt for Dorner." Dorner allegedly murdered the two in a reprisal for poor legal representation.

James may have a correct analysis, Dorner's case represents one more in a long line of very complicated false flags:

"Was there a shadowy intel group, perhaps even a foreign based group which specializes in brutal assassination ops, staged terror and cyber warfare, and manages most...communications systems for the USG and American Intel, a group possibly even embedded inside the LAPD or that has easy access at the top levels of the LAPD, which did the offensive, premeditated murders of Monica Quan and Keith Lawrence as a 'deviation amplifier' to 'up the ante' and increase the police paranoia and fear? Could this group have prepared, staged and managed this operation from the very start and throughout the whole series of related events?"

Obvious ramifications of Dorner case are listed by James below:

"This Dorner affair has seemed to have created a societal narrative that returning vets can be very, very dangerous to police and authorities, especially if they are armed with high powered semi-automatic weapons proving a much needed pretext to argue for increasingly tough gun control and labelling of vets returning from combat incompetent to make decisions and own any guns."

"This Dorner case has also seemed to set a new precedent for using Drones to aid in police manhunts, since it is now claimed that this is the first time high tech spy Drones have been so deployed. That has resulted in some community activists calling the Dorner case the DRONE'R case."

"The Dorner case has apparently elicited increased disrespect in the minority communities for the LAPD and other police departments across the country by individuals and groups that view Dorner as a major folk hero, a Rambo that fought for Justice and equality and tried to expose and stop racism in the LAPD. This of course is an ideal state for any enemy within the gates that wants to 'divide and conquer' a nation by fomenting conflict."

"And it is likely that the Dorner case will be used as a pretext to continue militarizing the police and even merging them eventually with the military," concludes James.

We'll never know the entire truth in this matter. We can only strive to narrow various scenarios as Dorner fell judged and executed in Waco-style paramilitary ramming of his hideout, by the way, not far from local police station. Could Dorner have been a mind-controlled subject already programmed to be an "American Kamikaze" before his release? These questions will linger in case every bit as odd as Sandy Hook Elementary School massacre. People should recognize these are black ops to herd them in a direction advantageous to the state.