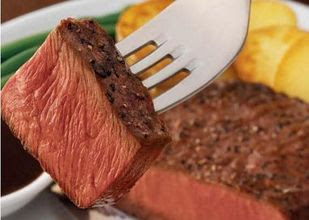 American Meat Is Even Grosser Than You Thought 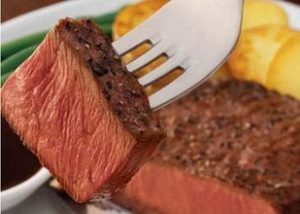 from alternet: In 2008, Mexican authorities rejected a shipment of U.S. beef because the meat exceeded Mexico's regulatory tolerance for copper. The rejected meat was returned to the United States, where it was sold and consumed, because the U.S. has no regulatory threshold for copper in meat.

Incidents like this are why the food safety arm of USDA, known as the Food Safety and Inspection Service (FSIS), is under USDA scrutiny. While the public has gotten used to microbes like E. coli and salmonella threatening the nation's meat supply, and while food safety agencies make food-borne illness a high-profile priority, contamination of meat by heavy metals, veterinary drugs and pesticides has been slipping through the bureaucratic cracks.

Microbial contaminants can be killed by cooking, but chemical residues aren't destroyed by heat. In fact, some of these residues break down into more dangerous substances when heated, according to the FSIS National Residue Program for Cattle, a recent report by the USDA's Office of the Inspector General [1.1mb PDF].

The report is full of bad news about the ineffectual attempts that are being made to keep chemical residues out of the food supply, but optimists might point to the report's tone as a sliver of good news. The report is sharply critical of the efforts to keep our meat free of chemical residues, and shows determination to shore up this gaping hole in food safety.