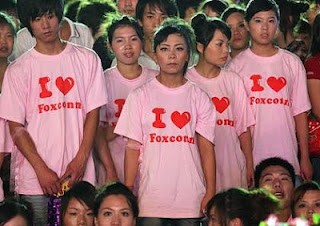 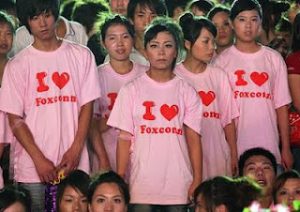 from zdnet.com: Apple CEO Tim Cook is betting that monthly updates on hours worked, audits and focus on firing offenses like hiring underage workers will limit any damage from an emerging supply chain controversy. Cook, speaking at a Goldman Sachs investment conference, reiterated that Apple “takes working conditions very seriously.” The company on Monday outlined a plan to allow the Fair Labor Association to audit its facilities.

“Many top executives and managers visit manufacturing facilities,” said Cook, who noted he’s worked in production plants too. “We’re closely connected to the production process and understand it at a granular level.”

Cook’s bet appears to be that this granular understanding coupled with metrics and a public dashboard can lead the tech industry and improve working conditions in China.

“Transparency is so important,” said Cook. Indeed, the company is aggregating overtime and hours worked for workers abroad. In January, Apple tracked weekly hours for 500,000 workers. Eighty four percent of suppliers complied. “We can do better,” said Cook.

Cook added that this dashboard is an unprecedented step and will be reported on Apple’s Web site.

The big question is whether this transparency will work. On one hand, Apple’s supply chain reporting can tone down complaints by industry observers. However, Apple could open itself up for more criticism. Apple’s bet is that it will get ahead of concerns about working conditions by leading the tech industry in disclosure.

It remains to be seen if a) other tech companies will follow and b) whether Apple can avoid additional scrutiny.