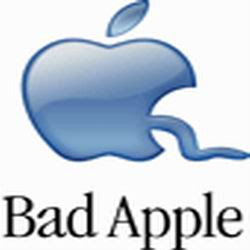 While they reap windfall profits...

from antifascist calling: Recent revelations that Apple's iPhone and iPad, Google's Android and Microsoft's Windows Phone 7 operating systems collect, store and transmit records of users' physical locations to central databases--secretly, and without consent--have ignited a firestorm over Americans' privacy rights in an age of hypersurveillance.

And with a lawsuit filed last week in U.S. District Court in Florida by two iPhone users, The Register reports, Apple guru Steve Jobs was forced to respond to complaints after the firm's usual tactic--deafening silence--failed to assuage customer's anxieties.

The lawsuit alleges that "irreparable injury has resulted and continues to result from Apple's unauthorized tracking of millions of Americans," plaintiffs Vikram Ajjampur and William Devito averred. They are requesting their case be granted class-action status, a move likely to send shudders along the silicon spine of the secretive Cupertino high-tech powerhouse.

In response to the outcry, The Wall Street Journal reported that Apple "is scaling back how much information its iPhones store about where they have been and said it will stop collecting such data when consumers request it, as the company tries to quell concerns it was tracking iPhone owners."

But as journalists Yukari Iwatani Kane and Jennifer Valentino-Devries point out, "a week of silence on the growing controversy, raised new questions and criticism about its data-handling practices."