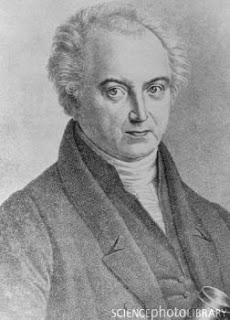 Asteroid 4 Vesta is the brightest object in the Asteroid belt, sometimes, viewable with the naked eye. German Astronomer Heinrich Olbers discovered Vesta, on March 29, 1807, the fourth "minor planet" as they were called to be detected after Ceres, Pallas and Juno. Olbers gave honor of naming Vesta to mathematician Carl Friedrich Gauss. In mythology, Vesta is goddess of the hearth and sister to Ceres.

Vesta has a differentiated interior with a crust and mantle, as a result, classified a protoplanet. The asteroid's dark regions reveal basaltic areas a direct result of lava flow. Astronomers believe Vesta's close proximity to Jupiter and the giant neighbor's gravitational pull, possibly, prevented further development into a full planet.
Vesta is surrounded by small asteroids (Vestoids), possibly, due to a collision with another heavenly body as evidenced by the large crater at the asteroid's South Pole. Vestoids have reached Earth. Other Vesta factoids are listed below:

over 200 million miles from the Sun

An excellent Space.com article provides more facts about Vesta and its formation. One last factoid: Richard C Hoagland believes Vesta also has ruins on it!