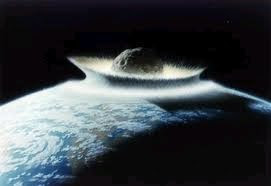 Astronomers are still interested in asteroid Apophis. The object of their infatuation will be observable for the next few months, according to an article at Universe Today, "...for three years, the asteroid’s orbit had it “hiding” behind the Sun, but it has now emerged...in 2012, Apophis will again become observable for approximately nine months. In 2013, the asteroid will pass close enough to Earth for ultraprecise radar signals to be bounced off its surface." The expected close encounter of 2029 and how it will affect the asteroid's orbit, remains a source of excitement. "On April 13, 2029, Apophis will come closer to Earth than the geosynchronous communications satellites that orbit Earth at an altitude of about 36,000 km (22,000 miles)." Measurements are too imprecise to make any judgment with certainty. There is the gravitational keyhole still in the back of many minds that "...Apophis would pass through a gravitational keyhole, a precise region in space no more than about 600 meters across,that would set up a future impact on April 13, 2036."

An extended program of monitoring Apophis is well-suited to condition minds for an inevitable asteroid impact. Wernher von Braun warned of a false enemies list that will be used to shepherd the world into a new order and a world religion. The enemies list is in chronological order: 1) Soviet Union, 2) terrorists, 3) asteroids and 4) aliens. A previous article on Apophis at this website is available here. Is the queue already lined up for our next catastrophe?