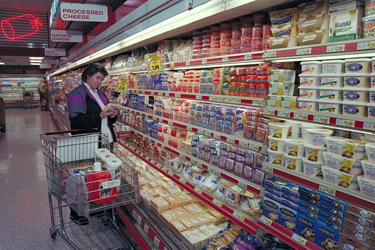 The call for action on
Monday comes on the back of a major hepatitis A scare in Australia,
prompted by frozen berry imports from Chinese suppliers.

The
Australian government has vowed to tighten regulations of labels which
do not currently state a country of origin. But it has stopped short of
agreeing to ban frozen imports.

Farmers have said that consumers
are being left in the dark, and are often under the illusion that they
are getting local products when they're actually eating imported food.

"People are increasingly wanting to know where their products are coming from," he said.

He
said the current acceptable standard - "made in Australia from local
and imported ingredients" - was misleading, and recommended a ban on the
term. The issue will be examined by a parliamentary inquiry into
foreign food sources.

Federal Agricultural Minister Barnaby Joyce
announced last week that changes to labeling laws could be reviewed, but
no steps have since been taken to implement any modifications.

Addison
said that while eradicating imported foods would be an extreme step,
clearer labeling would give Australian consumers a much better idea of
what they were buying.