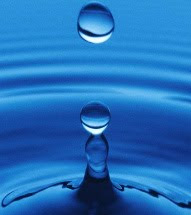 from afp: An Australian town pulled all bottled water from its shelves Saturday and replaced it with refillable bottles in what is believed to be a world-first ban. Hundreds of people marched through the picturesque rural town of Bundanoon to mark the first day of its bottled water ban by unveiling a series of new public drinking fountains, said campaign spokesman John Dee. Shopkeepers ceremoniously removed the last bottles of water from their shelves and replaced them with reusable bottles that can be filled from fountains inside the town’s shops or at water stations in the street. “Every bottle today was taken off the shelf and out of the fridges so you can only now buy refillable bottles in shops in Bundanoon,” Dee told AFP. The tiny town, two hours south of Sydney, voted in July to ban bottled water after a drinks company moved to tap into a local aquifer for its bottled water business.