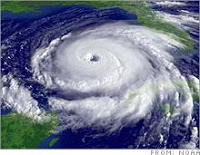 from dealbook: An investor group led by NBC Universal and two private equity firms clinched a deal for the Weather Channel on Sunday, after three weeks of negotiations over the sale of the weather news giant. Though the parties did not disclose the price, the buyers – NBC and the private equity firms Bain Capital and the Blackstone Group – will pay just under $3.5 billion, people briefed on the matter said... Others financing the deal are Deutsche Bank, which was also the buyers’ lead financial adviser, and General Electric’s GE Commercial Finance unit... JPMorgan Chase worked as Landmark’s financial adviser, while Wilcox & Savage, Kilpatrick Stockton, Venable and Skadden, Arps, Slate, Meagher & Flom provided legal advice.