from star bulletin: With the crack of automatic weapons fire, three 25-foot Coast Guard boats surrounded an inflatable raft in Honolulu Harbor yesterday to the astonishment of by-standers at Aloha Tower. Chicago resident Art Urdiales initially thought the action was part of a "drug raid or something." Though only blank rounds were used, the realistic demonstration gave service members a chance to hone their anti-terrorism skills, officials said. It also showed off the prowess of Marine Safety and Security Team 91107 - created in response to the 2001 terrorist attacks, said Coast Guard Lt. John Titchen. MSST boats have a top speed of 54 mph and can fire at the engine of a boat threatening the harbor, he said. 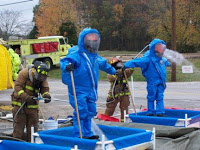 from wtvm: Crazed mothers screamed for their children... Injured bystanders called for help, while others who were completely unresponsive laid there covered in blood. These were only a few of the scenarios facing first responders when they arrived at the scene of major terrorist attack...that was staged, by Russell County EMA officials. 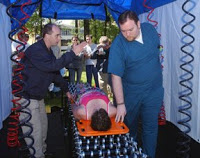 from gainesville sun: Five Shands hospitals in the North Florida area will be conducting emergency drills Wednesday, the hospitals reported. The exercise at Shands AGH, Shands at the University of Florida, Shands Lake Shore, Shands Live Oak and Shands Starke will simulate a mass-casualty event associated with a nerve-agent release in a public area, according to a statement from the hospitals. Some of the hospitals involved in the drill will be setting up “decontamination areas” that are part of the exercise, officials noted.

from southern illinoisan: The Saline County Emergency Services and Disaster Agency, along with the Egyptian Health Department, will conduct a Strategic National Stockpile Exercise Friday afternoon outside the Little Chapel Church just north of Harrisburg. The purpose of the exercise is to test the county’s cooperative plan to deliver and distribute medications in an emergency event such as a bio-terrorist attack. 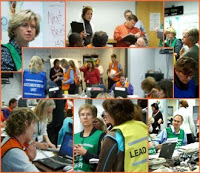 from news channel 9: The Georgia Division of Public Health (GDPH) and the Georgia Hospital Association (GHA) is partnering with the UGA Institute for Health Management and Mass Destruction Defense (IHMD) to conduct a full-scale Pandemic Influenza exercise with GHA Region A Hospitals on Wednesday, March 19, 2008 from 8:30 a.m. to noon... This exercise, prepared in accordance with the Homeland Security Exercise and Evaluation Program Guidance (HSEEP), will test and assess the hospitals' critical areas of emergency response. Possible gaps in existing protocols will be identified and future actions will be taken based on lessons learned from this event.