thanks once again to false flag news… 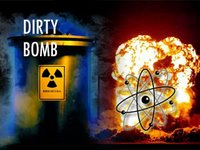 from boston globe: Less than a week after the fifth anniversary of the Sept. 11, 2001 terrorist attacks, one of the largest antiterror drills ever in New England will test how public safety officials deal with some of their worst fears — all at the same time.

The nightmare scenario starts with an explosion in a basement lab in Everett, jumps to a threat to the liquefied natural gas facility in Everett, and mushrooms to multiple explosions, one involving a radioactive “dirty bomb,” inside the CambridgeSide Galleria mall, according to a memo obtained by the Globe yesterday.

Finally, as patrons flee the mall, at least one improvised explosive device is found at the nearby Lechmere MBTA station, according to the memo outlining Operation Poseidon, scheduled for the morning of Sunday, Sept. 17.

The drill, which will soon be announced to minimize public alarm, ends with a fictional 25 dead and 150 wounded.