Bowie and the Meaning of Blackstar

Vigilant Citizen strikes again with an article about David Bowie’s ties to occult belief systems and how they were manifested in his music. 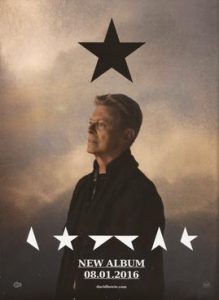 In the wake of David Bowie’s death, his last album, ‘Blackstar‘, is his swan song, an enigmatic conclusion to a career punctuated by otherworldly alter-egos and esoteric symbolism. We’ll look at the meaning of “Blackstar” in the context of David Bowie’s career.

Very few artists can boast the longevity of David Bowie in the music industry, as his career spanned over five decades and produced 28 albums. Throughout the decades, Bowie migrated from one musical genre to another, and even from one persona to another, but a constant remained: He was surrounded by an otherworldly aura.

Through his work, Bowie turned himself into a musical ‘ascended master’, a Gnostic Christ-like figure who achieved a high level of illumination and who sought to communicate a cryptic message to humanity. While many of Bowie’s eccentricities could be attributed to drugs and rock and roll, one cannot paint a complete picture of this artist without mentioning his most enduring obsession: Western occultism.

In 2011, VC had an article about the movie ‘Labyrinth’ and its hidden symbolism, which also starred David Bowie.