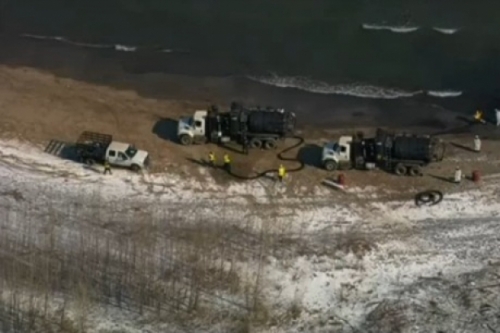 from blacklistednews.com: Oil giant BP has caused yet another oil spill in a crucial water way this week, following an increase in tar sands refining at its Indiana plant on the shores of Lake Michigan. BP notified the federal government’s National Response Center around 5 p.m. Monday that its Whiting Refinery was leaking oil into the lake, which is the source of drinking water for 7 million people in nearby Chicago, due to a malfunction in the refinery's cooling water system. The spill comes less than a year after BP started processing Canadian tar sands at the refinery. Tar sands oil, many environmental groups have warned, is the "the dirtiest fuel on Earth" and is "more corrosive, more toxic, and more difficult to clean up than conventional crude."