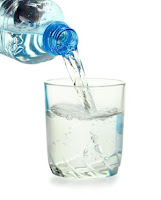 from cryptogon.com: Via: ScienceDaily: The industry responded by creating “BPA-free” products, which were made from plastic containing a compound called bisphenol S. In addition to having similar names, BPA and BPS share a similar structure and versatility: BPS is now known to be used in everything from currency to thermal receipt paper, and widespread human exposure to BPS was confirmed in a 2012 analysis of urine samples taken in the U.S., Japan, China and five other Asian countries.

According to a study by University of Texas Medical Branch at Galveston researchers, though, BPS also resembles BPA in a more problematic way. Like BPA, the study found, BPS disrupts cellular responses to the hormone estrogen, changing patterns of cell growth and death and hormone release. Also like BPA, it does so at extremely low levels of exposure.

“Our studies show that BPS is active at femtomolar to picomolar concentrations just like endogenous hormones — that’s in the range of parts per trillion to quadrillion,” said UTMB professor Cheryl Watson, senior author of a paper on the study now online in the advance publications section of Environmental Health Perspectives. “Those are levels likely to be produced by BPS leaching from containers into their contents.”