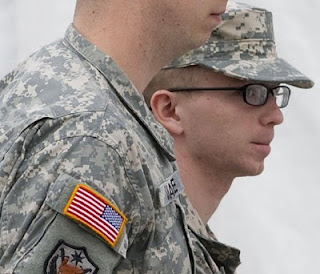 from washington post: Prosecutors presented new evidence Monday that appears to link Pfc. Bradley Manning to a massive leak of government material to the anti-secrecy group WikiLeaks, including the existence of computer chat logs between Manning and WikiLeaks co-founder Julian Assange discussing the exchange of government information. At a pretrial hearing, which is scheduled to continue in a military courtroom at Fort Meade this week, a government witness on Monday described a memory card he said belonged to Manning and contained nearly 500,000 field reports from Iraq and Afghanistan.