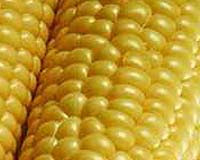 from afp: Around 300 women rural residents in Brazil burst into a property owned by the US company Monsanto and destroyed a plant nursery and crops containing genetically modified corn, their organization said.

The women were protesting what they saw as environmental damage by the crops.

They trashed the plants within 30 minutes and left before police arrived at the site in the southern state of Sao Paulo, a member of the Landless Workers' Movement, Igor Foride, told AFP.

The Brazilian government had "caved in to pressure from agrobusinesses" by recently allowing tinkered crops to be grown in the country, he said.