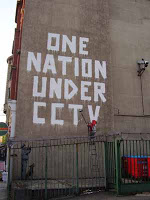 cctv does not reduce crime in the uk

from guardian: Pervasive security cameras don’t substantially reduce crime. There are exceptions, of course, and that’s what gets the press. Most famously, CCTV cameras helped catch James Bulger’s murderers in 1993. And earlier this year, they helped convict Steve Wright of murdering five women in the Ipswich area. But these are the well-publicised exceptions. Overall, CCTV cameras aren’t very effective.

This fact has been demonstrated again and again: by a comprehensive study for the Home Office in 2005, by several studies in the US, and again with new data announced last month by New Scotland Yard. They actually solve very few crimes, and their deterrent effect is minimal.

Conventional wisdom predicts the opposite. But if that were true, then camera-happy London, with something like 500,000, would be the safest city on the planet. It isn’t, of course, because of technological limitations of cameras, organisational limitations of police and the adaptive abilities of criminals.