from press tv: America says its Central Intelligence Agency has hired a Pakistani gang to carry out terrorist operations inside Iran.

The gang, called Jondollah, includes members of Baluch tribes and is led by Abdul Malek Rigi who is operating from Pakistan's part of the Sistan and Baluchistan province in southeastern Iran, the ABC News said on Wednesday.

The terrorist gang has so far carried out many deadly raids, resulting in the deaths or kidnapping of ordinary Iranian people as well as soldiers and officials in the region.

The large Iranian community residing in the U.S. has strongly protested to a recent live interview with Rigi on Voice of America (VOA) in which he claimed responsibility for the operations.

Rigi admitted to having personally executed some of the Iranian captives, the ABC News report said.

The Secret War Against Iran 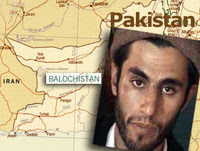 from abc: A Pakistani tribal militant group responsible for a series of deadly guerrilla raids inside Iran has been secretly encouraged and advised by American officials since 2005, U.S. and Pakistani intelligence sources tell ABC News. 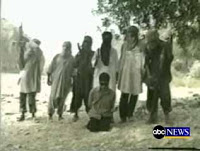 The group, called Jundullah, is made up of members of the Baluchi tribe and operates out of the Baluchistan province in Pakistan, just across the border from Iran.

It has taken responsibility for the deaths and kidnappings of more than a dozen Iranian soldiers and officials.