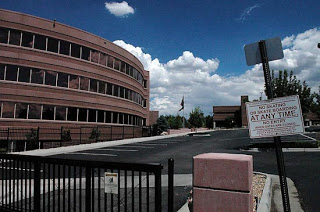 from colorado independent: Federal and state law enforcement officials will increase intelligence operations during the Democratic National Convention, overseeing an information war room that will be staffed around the clock with analysts who access a dozen databases while receiving reports of "suspicious activity" — activity that some civil libertarians claim could be nothing more than engaging in anti-war protests or photographing federal facilities that could be targeted for terrorist attack.

Central to the efforts is Colorado's “fusion” center, a place designed to facilitate intelligence sharing among federal, state and military agencies in an effort to prevent terrorism. But civil rights advocates fear that the Colorado Information Analysis Center, (CIAC) now housed in an inconspicuous office building in Centennial, a southern suburb of Denver, could enable unwarranted spying on Americans exercising their First Amendment rights at the convention.