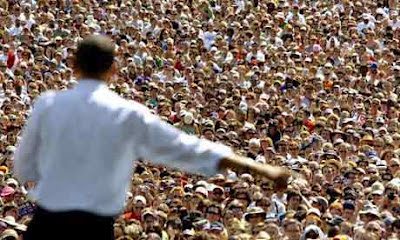 from guardian.co.uk: One can object to some of its particulars, but Frank Bruni has a quite interesting and incisive New York Times column today about a new independent film called Compliance, which explores the human desire to follow and obey authority.

Based on real-life events that took place in 2004 at a McDonalds in Kentucky, the film dramatizes a prank telephone call in which a man posing as a police officer manipulates a supervisor to abuse an employee with increasing amounts of cruelty and sadism, ultimately culminating in sexual assault – all by insisting that the abuse is necessary to aid an official police investigation into petty crimes.

That particular episode was but one of a series of similar and almost always-successful hoaxes over the course of at least 10 years, in which restaurant employees were manipulated into obeying warped directives from this same man, pretending on the telephone to be a police officer.

Bruni correctly notes the prime issue raised by all of this: "How much can people be talked into and how readily will they defer to an authority figure of sufficient craft and cunning?" That question was answered 50 years ago by the infamous experiment conducted by psychologist Stanley Milgram, in which an authority figure in a lab coat instructed participants to deliver what they were told were increasingly severe electric shocks to someone in another room whom they could hear but not see. Even as the screams became louder and more agonizing, two-thirds of the participants were induced fully to comply by delivering the increased electric shocks.