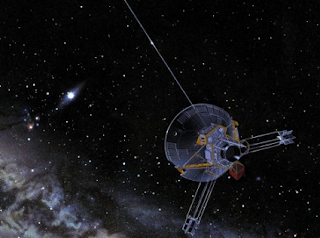 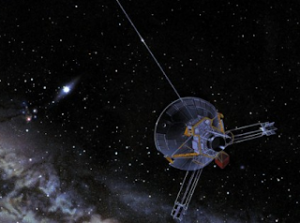 The Pioneer Anomaly still plays in scientific community despite last communication in 2003 from either spacecraft.  An anomalous deceleration of both Pioneer spacecraft recorded in outer solar system - a loss of 300 inches per day squared - has been subject of discussion for years.  Universe Today article, "Case Closed on the Pioneer Anomaly," provides nice survey and how actually explained and accounted for by both Louis K Sheffer in 2001, and more recently, Slava Turyshev.  It turns out, heat generated by electrical systems and normal decay of plutonium onboard Pioneer 10 and 11, adequately explain deceleration anomaly.  For a time, it seemed, there may have been new physics at work in outer solar system?  It's just not the case!  This entry may seem intended for pocket protector crowd, however, it's interesting to see dramatic effect of overlooked forces on spacecraft!