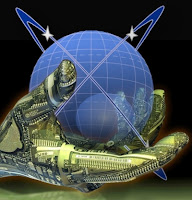 The cybernoose is tightening! Gen. Keith Alexander, NSA and Cybercommand chief, advised an Omaha, Ne. audience today at the Strategic Command space and cyber conference about the need for “…more authority to defend ourselves in cyberspace“. Alexander’s rhetoric sounding a bit like a parochial politician with an ominous hint of paranoia, where defensive posture translates into cyber offensives! In an AOL article, “Cybercommand Presses For More Cyberwar Authority,“ the Cybercommand Chief made expansive comparisons to use of radios in World War II to coordinate air power to the present uses of force, “in a way that no one has anticipated”. Alexander fingers Russia in seven cyber-attacks and blames adversaries for stealing American intellectual property. The paranoid rhetoric should make anyone uneasy! The “logical” solution is, of course, somewhat similar to “reasoning” used to justify the Iraq War. The United States needs to take out the enemy before they can hit us again! Anyone can also be deemed a threat, as well, to the economic infrastructure domestically!