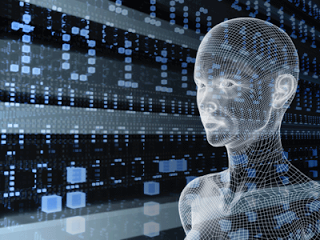 US to radically improve its cybersecurity. yup! you bet!

from kurt nimmo: The National Research Council is pushing for the offensive use of “cyberattack” against enemies foreign and domestic. “The current policy and legal framework regulating use of cyberattack by the United States is ill-formed, undeveloped, and highly uncertain,” a press release posted on the the National Academies website states. “The U.S. could use cyberattack either defensively, in response to a cyberattack from another nation, or offensively to support military missions or covert actions,” a report produced by the National Research Council argues.

twitter breached again
from threat level: A French hacker has posted screenshots backing claims that he breached Twitter’s administrative panel, threatening the security and integrity of high-profile accounts and exposing private information to the public, such as the account holder’s e-mail address, IP address, mobile phone number in some cases and list of accounts blocked by the user. The screen shots show internal settings and information for Twitter accounts belonging to U.S President Barack Obama, actor Ashton Kutcher, and singers Lily Allen and Britney Spears. The info reveals that the Obama account has blocked more than 90 users from sending it messages. The screen shots also revealed a list of users who have been blacklisted by Twitter. Twitter confirmed the intrusion and said that only ten accounts had been compromised and that no information in the accounts had been altered.

do we give obama an internet on/off switch?

secret black box probe will monitor web activity
from rinf: Spy chiefs are pressing ahead with secret plans to monitor all internet use and telephone calls in Britain despite an announcement by Jacqui Smith, the home secretary, of a ministerial climbdown over public surveillance. GCHQ, the government’s eavesdropping centre, is developing classified technology to intercept and monitor all e-mails, website visits and social networking sessions in Britain. The agency will also be able to track telephone calls made over the internet, as well as all phone calls to land lines and mobiles. The £1 billion snooping project - called Mastering the Internet (MTI) - will rely on thousands of “black box” probes being covertly inserted across online infrastructure. The top-secret programme began to be implemented last year, but its existence has been inadvertently disclosed through a GCHQ job advertisement carried in the computer trade press.

wolfram alpha: an invention that could change the internet for ever 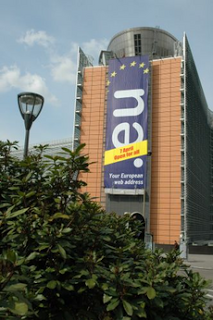 from eu observer: The European Commission wants the US to dissolve all government links with the body that 'governs' the internet, replacing it with an international forum for discussing internet governance and online security. The rules and decisions on key internet governance issues, such as the creation of top level domains (such as .com and .eu) and managing the internet address system that ensures computers can connect to each other, are currently made by the Internet Corporation for Assigned Names and Numbers (ICANN), a private, not-for profit corporation based in California which operates under an agreement with the US Department of Commerce. The decisions made by ICANN affect the way the internet works all around the world.

prison awaiting hostile bloggers
from threat level: Proposed congressional legislation would demand up to two years in prison for those whose electronic speech is meant to “coerce, intimidate, harass, or cause substantial emotional distress to a person.” Instead of prison, perhaps we should say gulag. The proposal by Rep. Linda Sanchez, D-Los Angeles, would never pass First Amendment muster, unless the U.S. Constitution was altered without us knowing. So Sanchez, and the 14 other lawmakers who signed on to the proposal, are grandstanding to show the public they care about children and are opposed to cyberbullying. The meaasure, H.R. 1966, is labeled the Megan Meier Cyberbullying Prevention Act. It’s designed to target the behavior that led to last year’s suicide of the 13-year-old Meier.

update1: rupert murdoch: 'internet will soon be over'
from paul joseph watson: Billionaire media mogul Rupert Murdoch gave a strange response when asked about plans for mainstream news websites to charge for content, declaring, “The current days of the internet will soon be over.” He was making reference to the fact that corporate media websites cannot continue to survive under their current failing business model. The establishment media is dying and advertising revenue has plummeted as people turn to blogs and the alternative media for their news in an environment of corporate lies and spin.

update2: facebook 'bug' revealed personal email addresses
from gadgetwise: Facebook inadvertently gave a “curious” former Peace Corps volunteer and National Guardsman a slew of personal–and likely private–e-mail addresses for other Facebook users, including six Google executives and board members and 61 reporters and editors at The New York Times and The Wall Street Journal. Mike Sheppard, a 29-year-old from Holland, Mich., who earned a masters in statistics in December and has no advanced computer training, sent a mass-blast e-mail to each of The Times and Journal reporters describing a Facebook programming glitch that made it possible. “I wanted to make sure the press knew so Facebook could correct it,” he said in an interview.

cyberbullying bill about shutting down the opposition

pentagon to create force for digital warfare
from ap: The U.S. military must reorganize its cyber operations and will use a new command at a Maryland Army facility to create a force for digital warfare, the director of the National Security Agency said Tuesday. Lt. Gen. Keith Alexander, the Pentagon's leading cyber warfare commander, said the U.S. is determined to lead the global effort to use computer technology to deter or defeat enemies, while still protecting the public's constitutional rights.

authorities hunt hackers in breach of virginia health data
from washington post: The FBI and Virginia State Police are searching for hackers who demanded that the state pay them a $10 million ransom by Thursday for the return of millions of personal pharmaceutical records they say they stole from the state's prescription drug database. The hackers claim to have accessed 8 million patient records and 35 million prescriptions collected by the Prescription Monitoring Program. "This was an intentional criminal act against the commonwealth by somebody who was trying to harm others," Gov. Timothy M. Kaine (D) said. "There are breaches that happen by accident or glitches that you try to work out. It's difficult to foil every criminal that may want to do something against you." Although the hackers had threatened to sell the data if they did not receive payment by Thursday, the deadline passed with no immediate sign that they followed through.