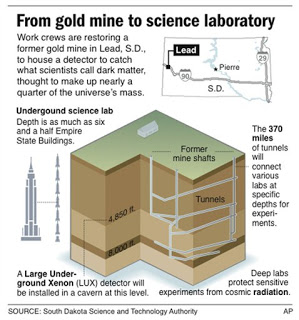 nasa conveniently finds missing moon landing tapes
a few weeks before anniversary! what are the odds?
from express.co.uk: Ecstatic space officials at NASA could be about to unveil one of their most stunning discoveries for 40 years - new and amazingly clear footage of the first moon landing. The release of the new images next month could be one of the most talked about events of the summer. The television images the world has been used to seeing of the historic moment when Neil Armstrong descended down a ladder onto the moon’s surface in 1969 is grainy, blurry and dark. The following scenes, in which the astronauts move around the lunar lander, are so murky it is difficult to make out exactly what is going on, causing conspiracy theorists to claim the entire Apollo 11 mission was an elaborate fraud.

However, viewers have only ever seen such poor quality footage because the original analogue tapes containing the pictures beamed direct from the lunar surface were lost almost as soon as they were recorded. Instead, a poor quality copy made from a 16mm camera pointing at a heavily compressed image on a black and white TV screen has been the only record of the event. The Sunday Express can now reveal that the missing tapes containing the original high quality images have been found. If the visual data can be retrieved, Nasa is set to reveal them to the world as a key plank of celebrations to mark the 40th anniversary of the landings next month. The tapes show in much more detail than almost anyone has previously seen the surface of the moon beneath the patriotic symbol of the US flag. Crucially, they could once and for all dispel 40 years of wild conspiracy theories.

is there a secret water table hidden on mars?*

from ap: Far below the Black Hills of South Dakota, crews are building the world's deepest underground science lab at a depth equivalent to more than six Empire State buildings - a place uniquely suited to scientists' quest for mysterious particles known as dark matter. Scientists, politicians and other officials gathered Monday for a groundbreaking of sorts at a lab 4,850 foot below the surface of an old gold mine that was once the site of Nobel Prize-winning physics research. The site is ideal for experiments because its location is largely shielded from cosmic rays that could interfere with efforts to prove the existence of dark matter, which is thought to make up nearly a quarter of the mass of the universe. 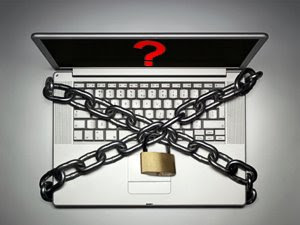 from guardian: The Ministry of Defence is trying to block all internet access to the whistleblowing site Wikileaks from thousands of its own computers after discovering that dissidents have been using it to leak copies of British military manuals. Newly obtained MoD emails reveal alarm over the discovery that Wikileaks is freely publishing manuals that are used by patrols in Iraq. One email says: "There are thousands of things on here, I literally mean thousands. Not just UK MoD but other places as well. Everything I clicked on to do with MoD was 'restricted' ... It is huge." Dismay was sparked by the discovery that Wikileaks had posted copies of a 2007 manual on UK tactics for Iraq and Afghanistan, and a handbook on Istar (intelligence surveillance, target acquisition and reconnaissance) on its website.

russia & US in dispute over computer attacks*

a czar you can believe in:
or, why neocons think we need cybercom*

US cyber command: 404 error, mission not (yet) found 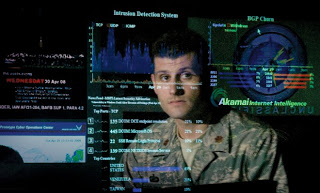 from danger room: Defense Secretary Robert Gates ordered the military to start setting up a new “U.S. Cyber Command.” It’s a move that’s been discussed in defense circles for more than a year. But despite the announcement — and despite the lengthy debate – no one in the military-industrial complex seems all that sure what this new fighting force is supposed to do, exactly. Officially, the Pentagon still has a few months to figure things out. Gates told his troops in a Tuesday memo that they have until September 1st to come up with an “implementation plan” for the new command. But there’s a ton to figure out in the next ten weeks. As Gates notes, that plan will have to “delineate USCYBERCOM’s mission, roles and responsibilities,” detail the command’s “minimum requirements” to get up and running, and sort out its “relationships” with the rest of the military – and the rest of the government. In other words, just about everything.