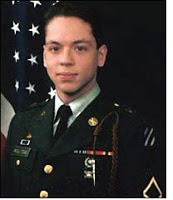 from kurt nimmo: Is it possible Markos Alberto Moulitsas Zúñiga, leader of the “Kossaks,” that is to say followers and fawners of the Daily Kos, is a CIA operative?

Francis Holland, posting on the My Left Wing messageboard, details Moulitsas’ relationship with the CIA:

“Markos Moulitsas Zúniga, owner of the DailyKos website, now admits that he spent six months in the employ of the US Central Intelligence Agency in 2001,” writes Holland. “In a one-hour interview on June 2, 2006 interview at the Commonwealth Club, Moulitsas, also known as ‘Kos,’ admitted that he was a CIA employee and would have ‘no problem working for them’ in the present.”