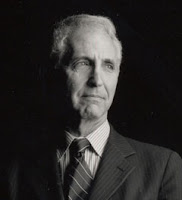 from thought criminal: Daniel Ellsberg, the former Defense Department analyst who leaked the secret Pentagon Papers history of the Vietnam War, offered insights into the looming attack on Iran and the loss of liberty in the United States at a recent American University symposium…

The last five years have seen a steady assault on every fundamental of our Constitution… what the rest of the world looked at for the last 200 years as a model and experiment to the rest of the world—in checks and balances, limited government, Bill of Rights, individual rights protected from majority infringement by the Congress, an independent judiciary, the possibility of impeachment.

There have been violations of these principles by many presidents before. Most of the specific things that Bush has done in the way of illegal surveillance and other matters were done under my boss Lyndon Johnson in the Vietnam War: the use of CIA, FBI, NSA against Americans.”