‘Dark Side Of The Moon’ Documentary 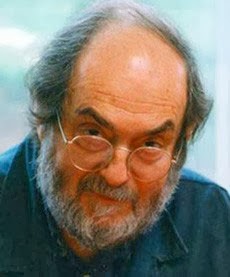 Top Documentary Films presents “Dark Side of the Moon,” with revelations made by Stanley Kubrick’s widow during an interview, where “…she claims Kubrick and other Hollywood producers were recruited to help the U.S. win the high stakes race to the moon. In order to finance the space program through public funds, the U.S. government needed huge popular support, and that meant they couldn’t afford any expensive public relations failures. Fearing that no live pictures could be transmitted from the first moon landing, President Nixon enlisted the creative efforts of Kubrick, whose 2001: a Space Odyssey (1968) had provided much inspiration, to ensure promotional opportunities wouldn’t be missed.” The documentary communicates message, “…one should always view television with a critical eye.”