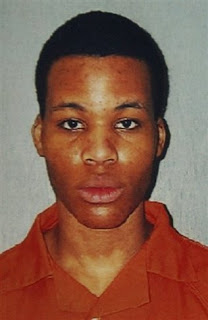 dc sniper claims ‘other co-conspirators were involved’ but later killed

from aaron dykes: In a startling conversation with William Shatner, for the upcoming program ‘Aftermath’, convicted D.C. Sniper Lee Malvo makes new claims that at least two other co-conspirators besides ringleader John Muhammad were to be involved in the shootings, but later backed out. These two conspirators were then allegedly killed for quitting at Muhammad’s insistence. A preview report on ABC demonstrates audio of Lee Boyd Malvo, convicted for his role in the 2002 murder spree and serving life in prison, who now claims involvement in 42 shootings, many more than the 13 known shootings discussed publicly.