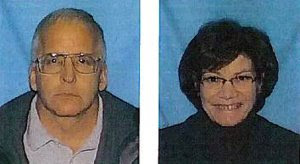 ...former cia contractor beaten to death while jogging in dc suburbs w/ his wife ... thanks to cryptogon, we'll start at the beginning...

from washington post/loudoun extra: A Loudoun County couple out for their routine early-morning walk over the weekend might have been randomly attacked by as many as three assailants in the Lansdowne area, the county sheriff said yesterday. William Bennett, 57, was found dead before 6 a.m. Sunday [mar22] along Riverside Parkway near Rocky Creek Drive by a sheriff's deputy investigating a report of a suspicious vehicle in the area. His wife, Cynthia, 55, was found critically injured about 30 minutes later across the road, beyond a bloodied white fence in a muddy ditch, Simpson said.

slain man had been contractor for cia [mar25]

from washington post/loudoun extra: A Loudoun County man slain while out for an early morning walk with his wife worked as a contractor at the Central Intelligence Agency for several years until 2000, the CIA confirmed yesterday, and investigators said they want to meet with agency officials to learn more about the nature of his work. The sheriff said his officers have not determined a motive for Sunday's attack, in which William Bennett, 57, was killed and his wife, Cynthia, 55, was critically injured. The assault might have been random, but deputies have not ruled out the possibility that they were targeted. "We're just trying to find out if there's anything in his background that could have led to this," Loudoun Sheriff Stephen O. Simpson said. "We do that with anybody; it's not just because he's with the government. You talk with family. You talk with friends. You talk with co-workers. You look for enemies."

fbi helps loudoun county sheriff with ex-cia slaying [mar30]
from nbc washington: The FBI has joined the investigation into the death of a Loudoun County man who used to be a contractor for the CIA. Agents are checking to see if William Bennett has any enemies from his CIA days, sources said. Deputies found Bennett's body in a grassy area next to Riverside Parkway early on March 22. His wife, Cynthia Bennett, was found injured nearby. She was airlifted to an area hospital, where she remains in critical condition. The couple may have been attacked by three people seen driving suspiciously in the area in a white-panel van, investigators said. The Bennetts were wearing jogging outfits. Investigators still do not know the motive for the attack or whether it was gang-related or random. They also don't know if the attack took place were the couple was found or if the bodies were moved to that location. What they do know is that William Bennett was a CIA contractor until 2000. He was involved in a mistaken bombing of the Chinese embassy in Belgrade in May 1999 during the conflict with Kosovo, according to intelligence sources. Three people were killed and 20 injured in that bombing. The CIA later took responsibility. Bennett was one of the officials who helped identify targets in Belgrade, according to a retired senior intelligence officer.

and so, could all of this be related to this:
belgrade death squad leader 'was top cia agent'