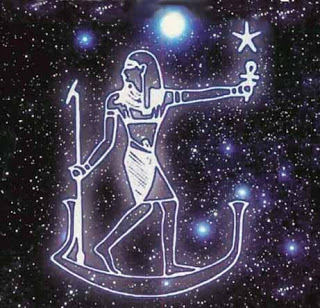 There exists a mysterious relationship between humanity and the star, Sirius. Secret Arcana (SA) explores deep occult symbolism in article, “The Mysterious Connection Between Sirius and Human History“. The most astonishing of these relationships to Sirus, concerns the African Dogon tribe in Mali. The tribe’s knowledge of astronomy outstripped their technology fully aware of the dark companion, Sirius B, and described in a previous post here. Robert Temple’s controversial 1971 book, “The Sirius Mystery,” describes aspects of Dogon mythology: “…humanity is said to be born from the Nommo, a race of amphibians who were inhabitants of a planet circling Sirius. They are said to have ‘descended from the sky in a vessel accompanied by fire and thunder’ and imparted to humans profound knowledge.”

“This lead Robert Temple to theorize that the Nommos were extraterrestrial inhabitants of Sirius who travelled to earth at some point in the distant past to teach ancient civilizations (such as the Egyptians and Dogons) about the Sirius star system as well as our own solar system. These civilizations would then record the Nommos’ teachings in their religions and make them a central focus of their Mysteries.”

SA surveys symbolic connections in the article but cannot do justice to the topic here. The link to the original SA article shows several illustrations of the symbolic ties. “Modern secret societies such as the Freemasons, the Rosicrucians and the Golden Dawn (which are considered to be Hermetic Orders due to the fact their teachings are based on those of Hermes Trismegistus) all attribute to Sirius the utmost importance. An educated look at their symbolism provides a glimpse at the profound connection between Sirius and occult philosophy.”

Sirus is the most important star in the night sky that may include origins of our civilization. Secret Arcana informs of its primary importance to secret societies. It’s a good read–check it out!

One response to “deep occult symbolism of the dog star: sirius”