dodbuzz originally called this piece 'citizen soldiers wage cyberwar',
but then they changed it later to 'russkie civvies waging cyberwar'... 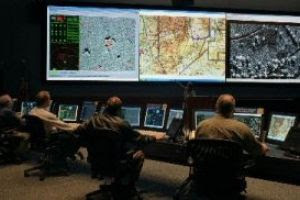 from dodbuzz: A new report by the U.S. Cyber Consequences Unit (USCCU) finds that citizens quickly became cyber warriors when the Russians started attacking Georgia. Our friends at AvWeek have a neat piece that includes an interview with one of the report’s authors, who says that the attacks “were carried out by civilians with little or no direct involvement by the Russian government or military, the researchers found. Most of those launching the attacks were Russians, but sympathizers from the Ukraine and Latvia also participated.” The other notable fact in this report: social networking sites such as Twitter and Facebook were important tools in the struggle.