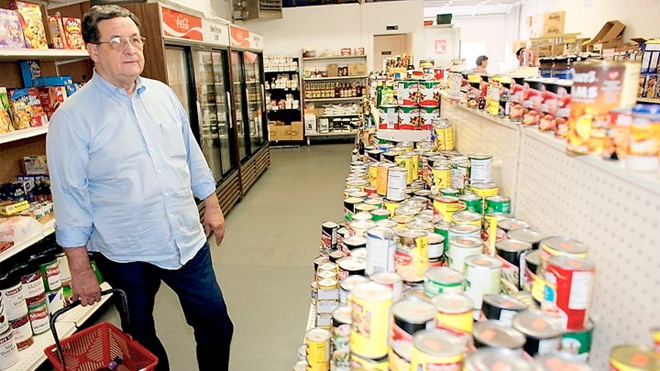 from foxnews.com: Grocery bills can be more 10 percent of American's household expenses, according to the Bureau of Labor Statistics. But when buying items on sale or using coupons isn't enough, some shop at discount or salvage grocery stores. What's that, you ask?

These are supermarkets that specialize in items that other chains no longer want to sell --such as dented cans, overbuys, or items near or even past the expiration date. While these stores aren't for everyone, they do attract price-conscious shoppers looking for deals. And the deals can be significant. One chain, Grocery Clearance Center, is offering deals like an eight-pack tube of Chobani Greek Yogurt for $1 and a 16oz bag of spinach for $.50. A box of cereal that sells at most regular grocery stores for nearly $4 can cost as low as $1.

Over the years, these discount supermarkets have created legions of devoted fans who are spurred on by the thrill of the hunt. They follow the latest deals online using the stores' Facebook pages or boast of their latest finds on sites like Yelp.

Pennsylvania resident Luke Quedenfeld was a regular at Amelia’s Grocery Outlet, with outlets throughout the state.

“I mostly bought brand named cereals and condiments,” he said. “It was a good place to go to save because even the non-expired food was pretty cheap.”

While some shoppers look to these stores to significantly cut their food bill, there are others who get a little grossed out by the thought of buying something close or even past the expiration date. Is this food even safe to eat?

Leib is the co-author of a recent study called “The Dating Game” that looked at what those expiration dates really mean. The study, conducted with the National Resources Defense Council, concluded that labels that read “sell by”, "use by”, "best if used by”, and “enjoy by” you see on containers from everything from ice cream to crackers often have nothing to do with safety.

She says that none of these terms have standard legal definitions and that most of the dates more often are guidelines between supplier and the grocer. Leib believes these dates shouldn't even be on labels and only confuse consumers. “The date doesn’t matter if you leave it sitting open,” she says.

An earlier NRDC study in 2012 also concluded that Americans throw away more than a quarter of the food and beverages they purchase -- about $165 billion per year. Compared to all types of supply chain food loss (harvesting, packaging, ect.), consumer waste is the greatest, with a large part of discarded food due to “date” concerns.

Adding to the confusion for consumers is that there's no uniform product dating system. Twenty states don’t require food dating at all, while other states like Massachusetts have laws requiring that all food be dated.

“We’ve become really divorced from our food processing,” says Leib. “And we’ve become overly reliant on those dates but the truth is, there is no real way to make those guarantees (about freshness),” she said.

Discount supermarkets say their food is safe. Sharp Shopper Grocery Outlet, with shops in Virginia, tries to assuage consumer concerns by providing a PDF pamphlet on their website to explaining food and dating rules. Packaging codes “enable tracking of the product [and] enables the manufacturers to rotate their stock and track in the event of a recall,” it says. Grocery Clearance Center posts similar information.

But not all food found at these shops should be looked at the same way, say experts. “I didn’t buy bread there, even though it looked fresh and I certainly never bought meat,” says Quedenfeld.

Andrea Grondhal, director of meat inspection with the North Dakota Department of Agriculture warns customers to adhere to dates with respect to meat and poultry.

“Customers should not purchase products that have gone beyond the expiration date because there is a scientific basis for the date written on there,” she says. “If they do forgo it, they should consume or freeze as soon as possible and ensure the product is cooked thoroughly prior to consuming because there is a greater likelihood of product contamination with microbes.”

Experts say the best approach to determining food freshness is good old common sense. If it looks bad, don't buy it, and if you're wary about the sale-by-date on perishable items, don't put it in your cart.

Ultimately, it wasn't the food that made Quedenfeld stop going to Amelia's, it was the inconvenience of have to go to multiple places to do the grocery shopping.

But says Leib, it's important to get consumers the right information on food packaging so they can better trust their own judgment. She adds, with most products like dry pasta, canned tuna, and other items there just isn’t a real reason to worry about spoilage.

“People have eaten a can of food 40 years later and been okay,” says Leib.