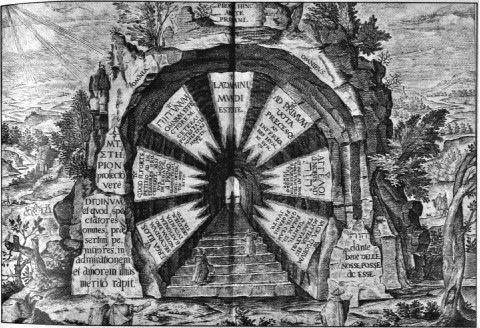 Do You Believe in Magick?

Do you believe in Magick – the opening of portals? Brother Marcos addresses in “Ex-Satanist Details Illuminati Spiritual Plan,” esoteric concept of “portals” with caveat, even if you don’t believe, “….you should be very concerned that our globalist elite does, and that they require human blood for their plans.” Marcos provides detailed descriptions of two kinds of portals: a portal allowing access to the body and another to the Earth. The devil is in the details and enough provided to cause any reader pause! An ex-Satanist Daniel Mastral, who turned to Christ and author of “Rastro de Oculto,” provides much of the knowledge communicated by Marcos. Portals to the Body are the goal of much esoteric knowledge, according to Marcos: “…occultism, magick and Satanism seek the opening of portals and communication with evil fallen angels, or demons. The accumu- lated esoteric knowledge of the ages was passed down by demons in the form of rituals, in order to open these portals and alienate people from God, assuring their damnation…Portals to the body allow demons to interact and control humans.”


“Portals to the Earth are more complicated,” according to Marcos, again, with Mastral as his source, “…reality is comprised of nine dimensions which overlap in space but are separated in practice…We live in the fourth dimension. Below us there are several powerful demons who have been imprisoned by God as judgement. Lucifer is the only evil spirit to visit the ninth and highest plane.”

Perhaps, an explanation is also given for freakish fascination with numerology seen in occultists: “Some portals are temporary and some, the most important ones, are permanent. Temporary portals depend on exact timing and special alignment of the dimensions, and this knowledge is beyond our science or perception. That’s why occultists obsess with numerology, gematria and astrology; for these are the tools that allow the calculations to be performed in order to profit from the portals to contact high level spirits,” writes Marcos.

The following details suggests there’s a reality behind what many dismiss as esoteric weirdness: “According to Mastral, there are 90 [portals] of them, and 72 have been opened by the turn of the century. Nine more have been opened by 2006 and the last the last nine will be in 2013. The exact conditions for the openings of these portals are known only to few witches of the highest rank. We can expect that they require huge amounts of human sacrifice and psychic energy.”

“A great honor given to a Satanists is to be able to pass through one of these portals and meet demonic powers in their ‘home turf’. In this process, there is a temporal shift, with minutes on Earth meaning hours in the other plane (much like what happens in ‘alien’ abductions). The opening of these portals is the reason we have seen since the 1950s so many spiritual manifestations such as UFOs, light orbs and apparitions, sometimes in plain daylight. Satan’s hope is that with the opening of the last portals, powerful demons from lower dimensions will be able to come to earth and eventually, interact with humankind. They will not present themselves as demons, but as benevolent aliens and evolved spirits of light,” relates Marcos.

Another of Satan’s goals is perfection of human beings who can be hosts to demons. Presently, the majority of human beings cannot tolerate, as Marcos terms, “perfect possession,” energy levels too high for most humans to accommodate.

A reader should consider whether demons will attempt to pass as “benevolent aliens” for themselves? Are UFOs extraterrestrial or inter-dimensional? Are the goals of occult rituals – blood sacrifice – more tangible than most of us suspect? You can download and listen to Brother Marcos discussing portals here.