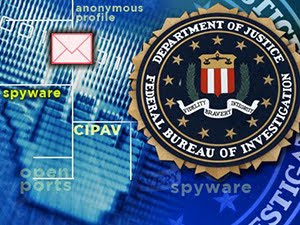 from threat level: The secretive Foreign Intelligence Surveillance Court approved all 1,506 government requests to electronically monitor suspected “agents” of a foreign power or terrorists on U.S. soil last year, according to a Justice Department report released under the Freedom of Information Act. The two-page report, which shows about a 13 percent increase in the number of applications for electronic surveillance between 2009 and 2010, was obtained by the Federation of American Scientists and published Friday. “The FISC did not deny any applications in whole, or in part,” according to the April 19 report to Sen. Majority Leader Harry Reid (D-Nevada). The 11-member court denied two of 1,329 applications for domestic-intelligence surveillance in 2009. The FBI is the primary agency making those requests. Whether the FISA court, whose business is conducted behind closed doors, is rubber-stamping the requests is a matter of debate... The Justice Department report, meanwhile, said the FBI issued 24,287 “national security letter” requests last year on 14,212 people, “a substantial increase from the 2009 level of 14,788 NSL requests concerning 6,114 U.S. persons,” Aftergood wrote in a blog post. In 2008, there were 24,744 requests regarding 7,225 people.