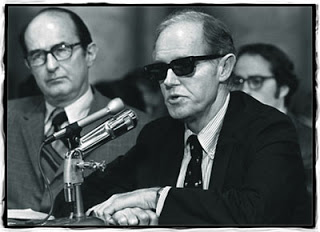 from aaron dykes: In exclusive, never-before-seen footage, former CIA operative E. Howard Hunt discusses his knowledge of and participation in the plot to kill Kennedy in a video testimony he gave shortly before his death. Alex Jones’ upcoming film will fully analyze the CIA-shadow government coup that occurred inside the United States 45 years ago. Rolling Stone and a few other publications have covered Hunt’s audio confession (released in April 2007), but no one has yet seen the information the infamous White House ‘plumber’ left behind to shed light on the figures involved in the plot. Here, Howard Hunt discusses LBJ, who saw Kennedy as an ‘obstacle’ to the presidency. According to Hunt, LBJ consorted with top CIA officials Cord Meyer and William K. Harvey to carry out the plot.

from paul joseph watson: The world exclusive E. Howard Hunt JFK confession video tape was released this week to a deafening silence from the mainstream media, while the dumbed-down general public attempted to dismiss the now deceased whistleblower Hunt, a former CIA operative and Nixon White House insider, as a mentally unstable drunk... E Howard Hunt’s deathbed confession needs to be treated with the gravity it deserves, it warrants widespread mainstream media attention - especially in the run-up to the 45th anniversary of the JFK assassination this November 22nd.

flashbacks: watergate plotter may have a last tale &
e. howard hunt dead at 88